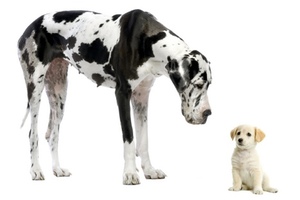 Admittedly, the feeling of being of “lower quality” than others can be rather daunting and frustrating.

To be able to successfully address them, we can start by understanding the concept itself — or what’s referred to in psychology as the “inferiority complex (IC).”

It’s a term that originated by Sigmund Freud, Carl Jung and Alfred Alder —the most prominent psychologists of all time–who describe it as “a lack of self-worth, a doubt and uncertainty, and feelings of not measuring up to society’s standards.”

It’s often sub-conscious, and is thought to drive afflicted individuals to overcompensate, resulting either in spectacular achievement or extreme asocial behavior

In modern literature, the preferred terminology is “lack of covert self-esteem.” That is, if someone has low self-confidence, chances are, they will also suffer from an inferiority complex or vice versa.

A classic example that comes to mind is Napoleon Bonaparte. Troubled by his height (only 5’2”), he counter-balanced in other areas of his life, obsessing about power, control and world domination. Admittedly, he did become one of the greatest military commanders in history, but extreme overcompensation, of course, should  be taken with extreme caution too, as it can lead to dangerous places.

For most of us, though, such turmoil feelings simply translate into more “subtle” manifestations as greater alienation from the world, preference toward solitude, toward thinking over socializing, observing and passiveness over acting.

The most salient reasons for the IC, scientists tell us, are comparisons to others and feelings of social inadequacy.  And by learning how to stray away from these, we can tremendously tone down our IC.

There are few additional steps one can take to successfully combat the unfavorable sensation.

Finally, the most important thing is to believe that you are special and unique, although different.

Being divergent doesn’t make you “less” or incomplete. As your worth should not be based on your foibles but on your inner strengths, skills, or masteries.

Learn how to respect yourself for the battles that you’ve fought, for the little and big wins gained along the way, and for the lessons learned sometimes the hard way.

The memories of these experiences are intertwined in our personalities to make up the fabric of who we are. Not superior or inferior, but just…ourselves.

Once you start valuing your uniqueness, you will also find that the monsters you feared to face for so long are not that scary after all. 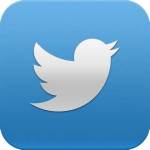 Neuroscience and psychology news and views.

What you think, you become

What You Think, You Become.